Recently I was asked about the topic of scale-up. I would like to share my thoughts on this with you today in a few lines and try to explain A) what a scale-up is and how it can be differentiated from a startup and B) which team-related reasons can lead to a startup being more likely to mature into a scale-up. 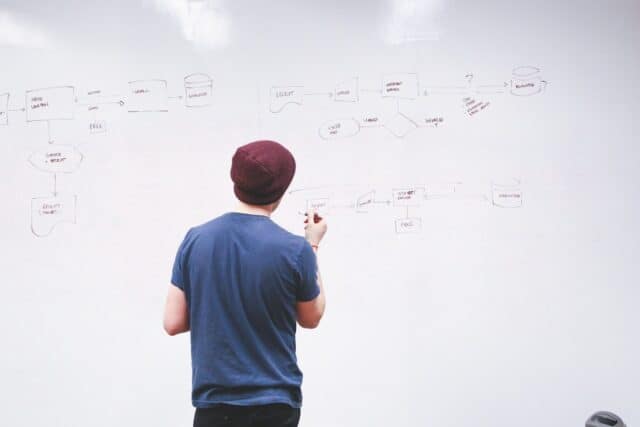 A. What actually distinguishes a scale-up from a startup?

In a simplified definition of the terms start-up and scale-up, the following differences can be mentioned:

A startup is a company that is in the early stages of determining product-market fit, experimenting with customer segmentation, and working toward a positive contribution margin. (Product-Market-Fit)

A scale-up, on the other hand, is a growing company that has already validated its product in the market with a clear understanding of the customer and has proven that the economics of product sales per unit are in place using an appropriate business model and that the growth process can be scaled dynamically. (Product Market Fit + a sales model that is scalable and profitable).

The phase between startup and scale-up can be described as a kind of transformation within the entire corporate lifecycle. A scale-up is basically a startup that has reached the next level. Where the business hypothesis is proven, the business model is building traction so that a sustainable development and growth story can be told on a significant scale, which is then often accompanied by internationalization of the business.

The following other characteristics to distinguish, can be used, which are often mentioned in addition to Product-Market-Fit + scalable and profitable sales model:

B. What team-related reasons play a role in increasing the likelihood of maturing from startup to scale-up?

Comparing two startups that launch together at the same time, the chances of success to scale up are believed to be greater for the startup that has a founding team that has the following characteristics, or considers and fulfills the following when building their startup:

There are many ways to start a startup, in the set-up the course is often set whether a startup actually has better chances to reach the next level “scale-up”. Since the start of StartupDorf in 2013, some of our association members have made the step and are even successfully internationalizing as mature scale-ups or celebrated an exit.

Let’s keep in mind: It is still not easy to reach the scaling phase, but it is clear that early networking among founders makes it more likely to go level-up. StartupDorf accelerates some processes here and also offers real #FoundersFirst help in the later life cycle (Mentoring, Dorfschule, Master Classes).

In the last few years, a number of European and international, sometimes very different, offers/programs tries to support the founding phase of a startup. It can be stated that it has never been easier to start with these programs, but it is becoming increasingly difficult to scale.

StartupDorf has been focusing on this circumstance for a long time and creates the right support for founders in every phase with its own offers and those of its supporting members. From the idea and conception phase to the founding and scale-up / grow-up phase.

Hanns Tappen is the initiator and founding chairman of StartupDorf e.V. With betawerke.de, he advises at the intersection of startups with corporates and builds products for the startup ecosystem. In addition, he has been a mentor, coach, angeladvisor for founders* and startups for more than 10 years. As a startup evangelist Hanns is active in various boards, initiatives and startup programs as well as jury's.

This site uses Akismet to reduce spam. Learn how your comment data is processed.