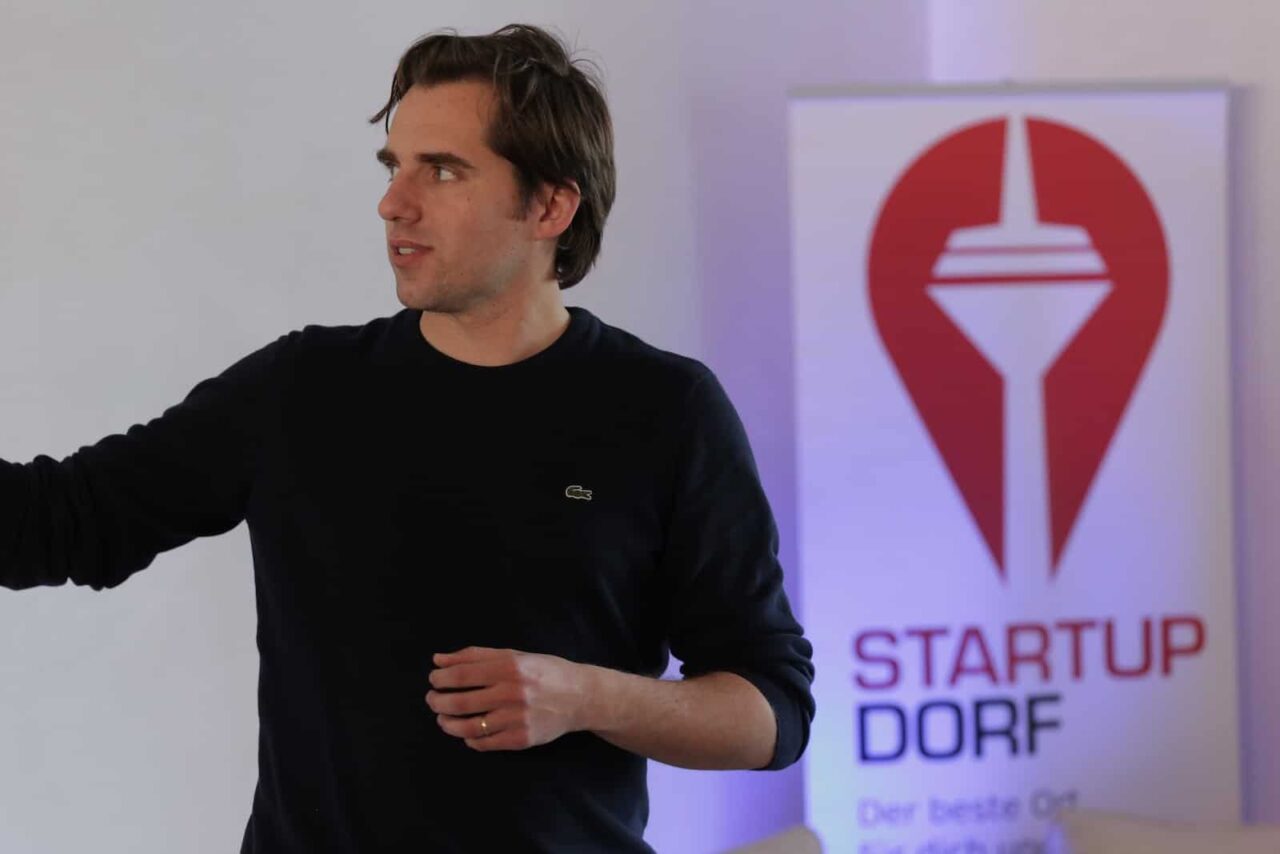 A very few hours away from our virtual matchmaking event “Silicon Luxembourg meets StartupDorf” that will bring together startups from Luxembourg and Düsseldorf, let’s take a look at this ecosystem just a stone’s throw from Düsseldorf! The Grand Ducal capital. Luxembourg. Discover the startups to follow and the country activities, especially the House of Startups project, which is led by The Chamber of Commerce. And of course learn about Silicon Luxembourg. Charles-Louis Machuron, CEO of Silicon Luxembourg shares his thoughts and insights.

A written interview with answers from Charles-Louis Machuron. Charles please tell us about your business and the context to startups.

What is Silicon Luxembourg? What do you do?

Silicon Luxembourg is the B2B media platform dedicated to the news of startups in Luxembourg.

Since its debut in October 2013, we’ve grown from a news source to a network hub in the Grand Duchy. Whether you’re looking for news, events, or jobs as an individual or chances to expand your visibility as a company, Silicon Luxembourg is here for you.

Silicon Luxembourg has a 60% readership outside of Luxembourg, with the US, France, Belgium, Germany, the UK, and Spain taking the top nine positions after Luxembourg. We’ve had over 1.5 million page views over the past six years, and have 35,000 views per month on average.

We ship our print edition ‘Silicon Luxembourg’ magazine to 30 countries around the world, which shows international attention turning towards one of the smallest countries in the world.

How is the city supporting to the development of startups?

The city has shown great interest in startups in recent years by initiating, in particular with the Luxembourg Chamber of Commerce, the House of Startups project. This place brings together several incubators in the same place – Luxembourg-City Incubator, Luxembourg House of Financial Technology, Hub@Luxembourg, etc. – and already several hundreds of startups have chosen this location.

Coworking spaces have also multiplied and there are already a dozen in the city including a few international networks: The Office, Silversquare, Spaces, Paladium…

How many startups are there in the city? What are the highlights each year?

It is difficult to announce a precise figure as the ecosystem is evolving rapidly. Just like in Düsseldorf, Luxembourg (the country) has just over 400 startups, mainly divided between two hubs: the capital, Luxembourg, and the former industrial site of Belval, which has been transformed into an urban district and a technical and academic hub. There you can find the University of Luxembourg, scientific centers and tech incubators, including the pioneer, the Technoport.

Numerous events punctuate the agenda every year. Among them, let’s mention the big masses such as ICT Spring, Arch Summit or Cybersecurity Week. Networking events are also numerous each month with a lot of events organized here and there and flagship events such as Startup Grind or Startup Apéro. Of course, with the current crisis, many events now take place online only. Let’s hope that 2021 will once again make it possible to relive these conferences and networking events.

Last but not least, the Fit 4 Start program launched by the Ministry of Economy and Luxinnovation. The program is one of the most attractive in Europe with not only 3 months of intensive coaching but also 150,000 euros of help to develop your startup. A call for application is currently open for HealthTech startups.

What are the sectors and industries in which startups in Luxembourg prefer to work?

Fintech startups represent a large percentage of the total, of course. Luxembourg is an international financial center and many international and local startups are located here. Luxembourg has also developed in recent years a very favorable ecosystem for the space industry and SpaceTech startups in particular.. ICT, industry 4.0, health and cybersecurity are also on the rise. All sectors are globally represented: e-commerce, real estate…

What are the best tech success stories in the city?

A few startups have managed to make a name for themselves in Luxembourg and beyond. The big success story of the last few years is called Talkwalker and is one of the world leaders in social media analytics and monitoring. Another example is Doctena, the medical booking application present in six European countries. LuxAI and its expressive humanoid social robot for autism is also developing very well from Luxembourg.

Which startups should be followed at the moment?

Finologee, LUXHUB, Virtual Rangers, ExoAtlet, ANote Music or Tokeny are on the rise. You should have look at those companies. We could name a few more…

How large is Luxembourg in km² and how many people live there?

The country has just over 650,000 inhabitants and hopes to reach the one million mark in a few years. The capital of the same name, Luxembourg, has more than 120,000 inhabitants. One of the particularities of Luxembourg is to be at the heart of a large cross-border area with Belgium, France and Germany, and to attract more than 200,000 cross-border workers to its territory every day.

Why is Luxembourg such a popular hotspot for startups?

Luxembourg has several assets. First of all to be a dynamic economic and financial place with many European headquarters located on the territory. Startups can easily meet them and iterate their products and services and find customers. On the financial side for example, the regulator is one of the most attentive in Europe. Then, the cosmopolitan side and the multilingualism of the population which allows any startup wishing to develop at the European or global level to find qualified people. Finally, an academic fabric that is growing more and more and bridges with research institutes that allow to find the necessary skills and to count on ambitious research projects.

How big is the startup ecosystem in Luxembourg, including Incubators, Accelerators, Universities, and other kinds of allies?

A new initiative, Startup Luxembourg, is also emerging to raise awareness of the ecosystem both locally and internationally.